Trenton, N.J.—The Professional Insurance Agents of New Jersey submitted written testimony to support S-2475, which would prohibit application of a fiduciary standard to insurance producers, before the state Senate Commerce Committee on Jan. 17. The bill is sponsored by Senate President Stephen M. Sweeney, D-3, and Senate Commerce Committee Chair Nellie Pou, D-35. The bill was passed out of the committee unanimously and now goes to the full Senate for a vote.

Only a handful of states, including New Jersey, have unclear laws regarding insurance producers’ duty of care, which causes many questions to be resolved by case law.

“PIANJ supports legislation to clarify that insurance producers are expected to exercise ordinary and reasonable care and skill in renewing, procuring, binding or placing insurance, and are fully liable for negligent actions, but that they are not subject to civil liability under standards governing the conduct of a fiduciary or a fiduciary relationship,” said PIANJ in its testimony. 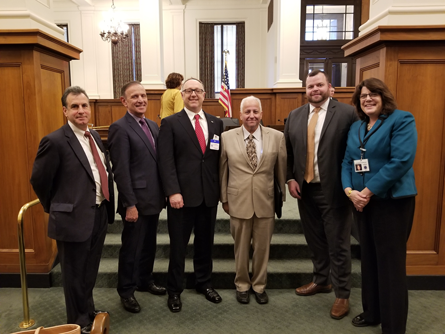 According to PIANJ’s testimony, the errors and omissions insurance, which protects agencies and their clients in the event of, or allegation of, professional errors, is more costly in New Jersey—compared to peer states—because of the Garden State’s extension of liability beyond the normal duty-of-care. The bill’s provisions also include strengthening the existing “affidavit of merit” statute that, in theory, makes sure that lawsuits must have some merit before proceeding, but which, in practice, often falls short of that goal.

According to PIANJ, this legislation protects consumers—both individuals and the many small businesses that turn to insurance agents for their business coverage. It ensures that they will continue to have the access to the expertise and personal attention of an insurance agent whom they know and who, in turn, is familiar with their individual needs.